The West African Examination Council (WAEC) says there was a decline in the performance of candidates in Mathematics and English Language in this year’s West African Senior School Certificate Examination (WASSCE).

In a press statement announcing the release of the 2021 results, WAEC revealed that 54.08 per cent of the candidates excelled in English Language compared to 57.34 per cent who passed in 2020.

According to the Council’s Head of Public Affairs, Agnes Teye-Cudjoe, about 65.71 per cent of the candidates excelled in Mathematics last year. The figure, however, declined to 54.11 per cent in 2021.

This implies that over 45 per cent of the candidates who sat for the 2021 WASSCE failed Mathematics and English Language.

On the other hand, WAEC noted that “there were improvements in the performance of candidates at Grades A1 to C6 in Integrated Science and Social Studies as against 2020.”

Per the information released by the Council, 65.70 per cent of the candidates passed in Integrated Science, whiles 66.03 per cent excelled in Social Studies. 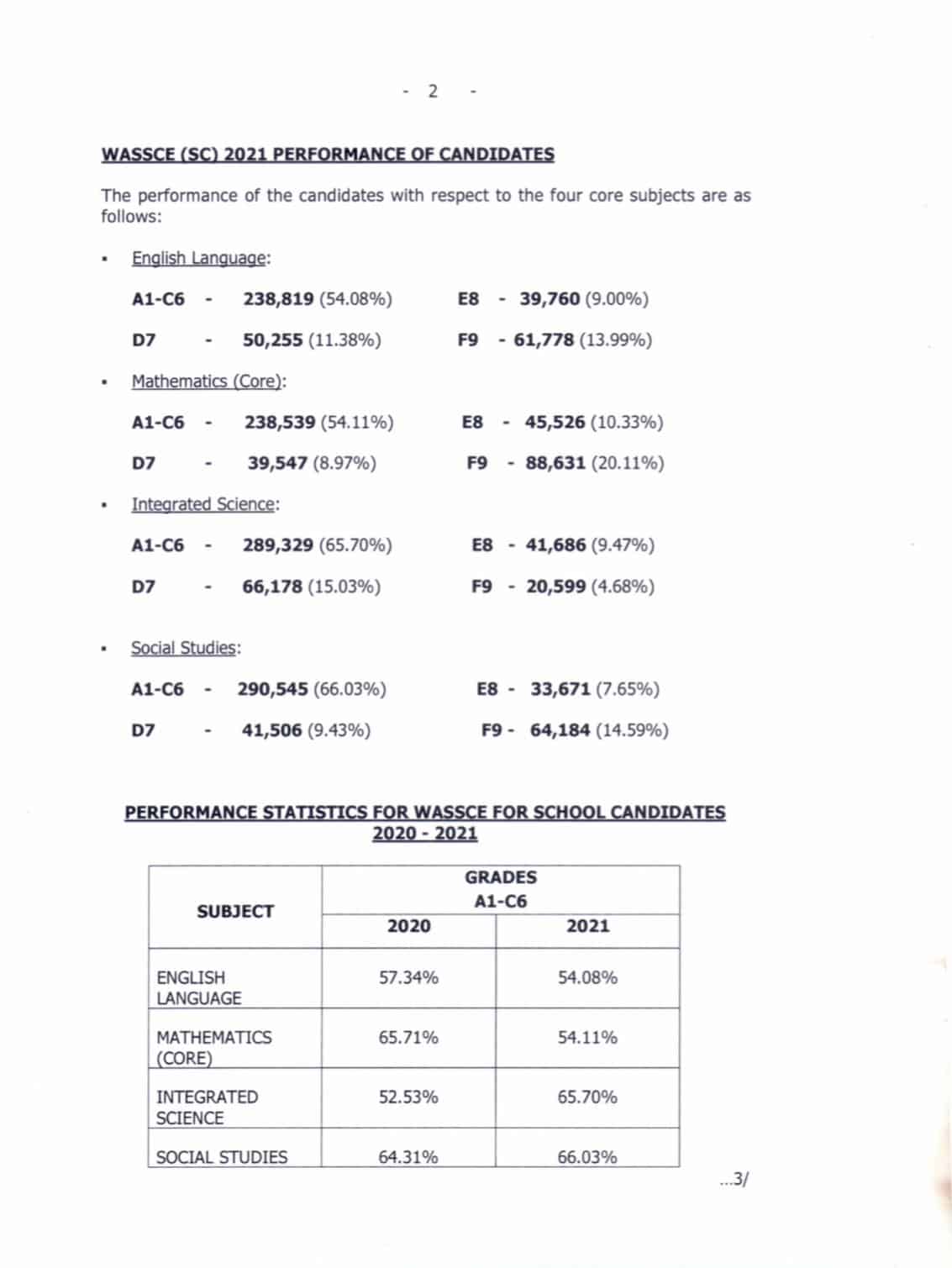 Meanwhile, WAEC has revealed that the results of some 3,667 candidates have been withheld pending the conclusion of investigations into malpractice detected during and after the conduct of the examination. 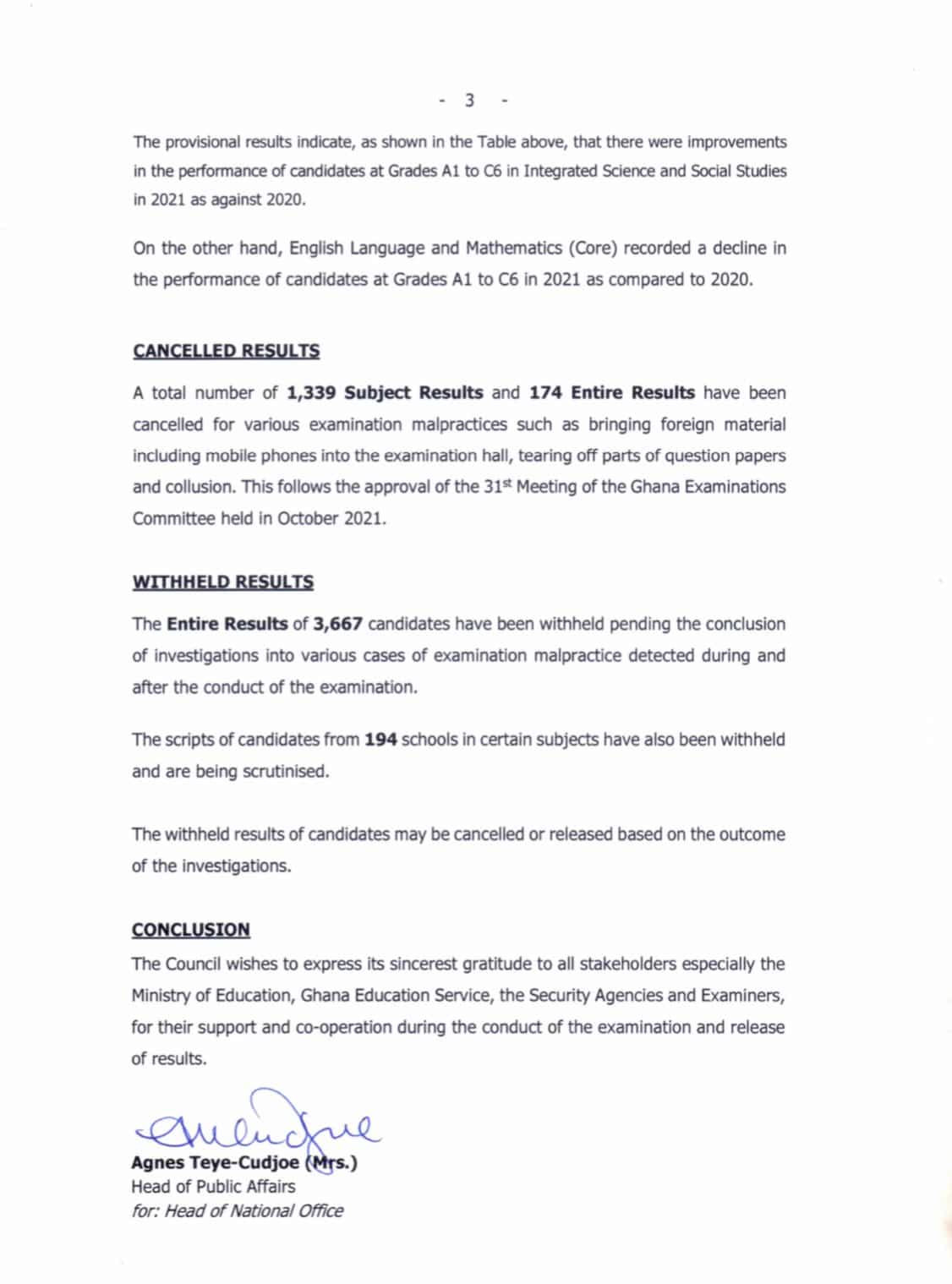 Some 3,545 who registered for the examination were absent.