Gyan was speaking on stage during the AFCON 2021 live draw in Yaounde, Cameroon on Tuesday night.

Ghana has been placed in Group C alongside the Atlas Lions of Morocco, 2017 hosts, Gabon and and new boys Comoros for the 24-team tournament.

Ghana has not won the competition since 1982.

Speaking at the CAF draw, Gyan, who played in 7 AFCON tournaments, said it has been frustrating as a player not to win the competition despite coming close on a number of occassions.

“It’s been quite frustrating. Since 2008, our worst has been the semi finals. It’s like we always come close but we don’t get it,” he told host Mimi Fawaz.

“Back home, everybody wants nothing but the cup. It doesn’t matter about the performance, it’s about the cup so that’s what we are praying for,” Gyan said. 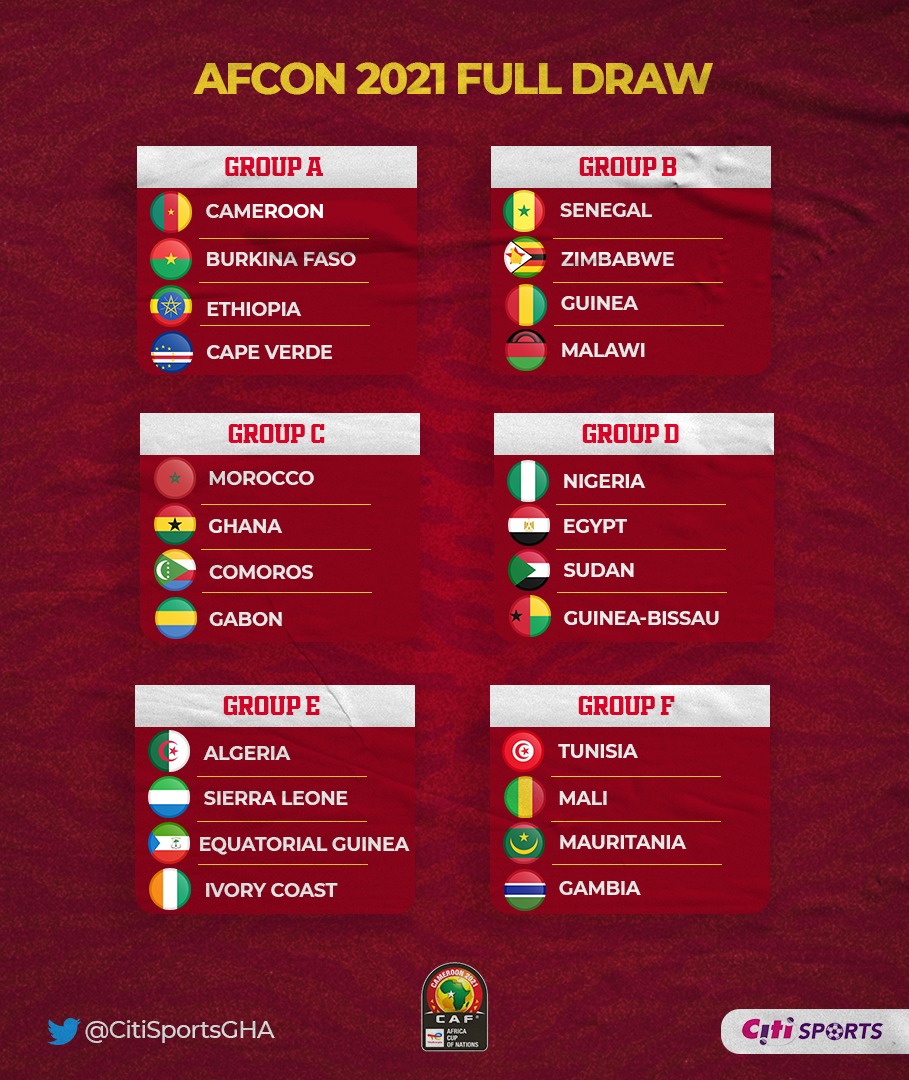 Ghana, who are based in the capital Yaounde, will open their campaign against Morocco on January 10 before facing Gabon on January 14.

CK Akonnor’s men will then conclude their group stage campaign against Comoros on January 18 in Garoua.